*Originally given at Midtown Christian Community, May 15, 2010. 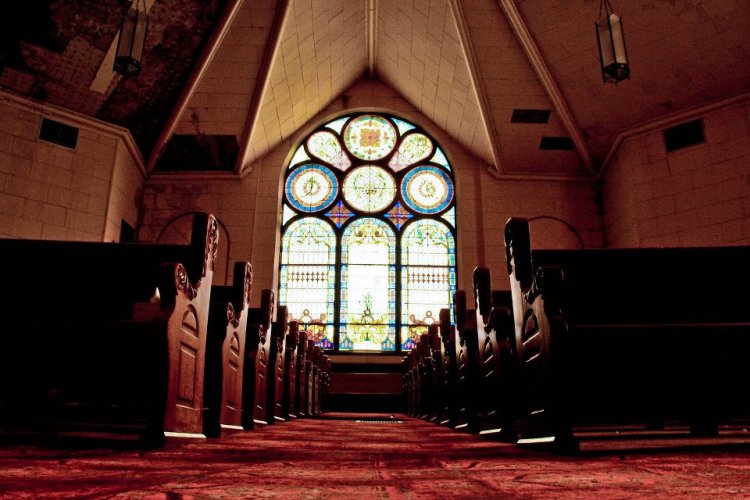 O God, the King of glory, you have exalted your only Son Jesus Christ with great triumph to your kingdom in heaven: Do not leave us comfortless, but send us your Holy Spirit to strengthen us, and exalt us to that place where our Savior Christ has gone before; who lives and reigns with you and the Holy Spirit, one God, in glory everlasting. Amen.

We are in the seventh week of Easter, and we are reminded that we live in the shadow of the resurrection of Jesus Christ from the dead.  Now, when many of us think about and talk about the resurrection, we often think about and talk about the wrong things.  We typically get into discussions and debates over whether or not it actually happened.  Because it’s outrageous to actually believe that Jesus was raised from the dead, many people doubt that it happened.  So Christians often do lots of defending the facticity of the resurrection.  It did happen!  There were witnesses!  You could prove it in court!

But this is to miss the point, according to Scripture and according to Christian confession.  There’s a rich logic to the resurrection.  Here’s how it goes.

Sin and Death had enslaved God’s world so that people were not flourishing and enjoying being humans in God’s beautiful world.

God called Israel to be a light to the nations, but they failed.  Their failure made it obvious that there was a more profound problem with God’s world than just that people didn’t know they were supposed to obey God.  It wasn’t merely that the world needed a nation of priests (Israel) to get the word out that God wanted to forgive their sins and set them free to enjoy being humans in God’s world again.  The more profound problem is that God’s enemies—Sin and Death—were holding God’s world captive.

So God sent Jesus into the world, not merely to die for sins, but to do lots of other stuff, as well.  Think about all that Jesus did in his life on earth.  He went around healing people, because God wants humans to be free from the devastating effects of brokenness.  He loved people fully and truly, which meant that his heart was broken quite often.  But he did so because God seriously loves people.  Jesus also got angry at religious leaders who used their positions to exploit people rather than to bring God’s life-giving blessing to people.  Jesus also told people to call upon God and receive God’s forgiveness and restoration.  And he taught people how to live in that restoration so that they could truly flourish and be people through whom God could unleash his flourishing on the rest of creation.

And Jesus didn’t sin.  The one major temptation that Jesus had throughout his life was to accomplish God’s purposes through power—through force.  Sin and Death are ruining God’s world through tempting people to assert themselves over other people—to dominate, to rule, to exploit.  And the result is the further corruption of the world.  But Jesus said ‘no’ to that way of doing this.  And what happened?  It got him killed.  He refused to fix God’s broken and power-grabbing world through more intensified power-grabbing.  Rather, he gave himself up in weakness and was killed for it.  Death, apparently, had won.

Well, here we have some of the significances of the resurrection.  First, when God raised Jesus from the dead, he defeated Sin and Death.  Sin and Death took their hardest shot at Jesus they possibly could—they totally climbed all over Jesus and shoved him down into the grave.  They killed him and buried him.  Their ultimate weapon, however, was crushed by God when God raised Jesus from the dead.  So, the resurrection is God’s triumph, his victory.  Now, for all those who are followers of Jesus—even though we might be afraid to die—we know that on the other side of death is new life, resurrection life, which is a zillion times better than this life—it’s true life!

Also, Sin and Death no longer have a stranglehold on this world.  They’re still seriously winning lots of battles, and when we look around we do see lots of tragedy.  But at the same time we see the evidence that God is doing something new, that he’s bringing healing to his world.  Where do we see that?  In the church.  As Jesus says in John 17, when the church is unified and when we love and serve another, this is the evidence that God actually did send Jesus into the world to fix it.  That makes our being truly the church pretty important, doesn’t it?

Second, when God raised Jesus from the dead, it was God’s way of saying “YES” to Jesus’ way of life.  Jesus healed and loved and blessed others and grieved over God’s broken world and never grabbed for power or asserted himself over others.  Of course, it got him killed.  But by raising him from the dead, God was saying, “this is exactly how I want humans to live.  This is the kind of life I want from people.”

God vindicated Jesus by raising him from the dead.  That means he was showing Jesus to be in the right all along.  People would have looked at Jesus during his life and said, “what in the world kind of a way to live is that?  He’s a nobody and seriously weird.  He’ll never survive if he just keeps on forgiving and loving, and Israel will never be rid of her enemies if we just keep forgiving them and loving them and trying to do them good.”

But all along, God was totally approving of how he was living.  All along, Jesus was living exactly how God wanted a person to live in his beautiful but broken world.  In a sense, the resurrection is proof—not to pagans, but to us—that living a servant way of life and a non-retaliatory way of life actually “works.”  It won’t make you always come out on top in this life, and it just might get you killed.  But it will guarantee that you’ll also be raised from the dead.  Jesus’ resurrection is God’s proof to God’s people that living the way God says to live actually is worth it.

Third, when God raised Jesus from the dead, he put Jesus on God’s very own throne, ruling over the universe.  God exalted Jesus to his heavenly throne.  And what is Jesus doing there?  Two main things.  First, Jesus is in process of subduing his enemies.  His resurrection was the fatal blow to Sin and Death, but he’s not done fully defeating them yet.  It’s kind of like D-Day near the end of WW II.  It was a fatal blow, but the Allies hadn’t fully defeated the enemy yet.  In the same way, God has begun to heal his world, but isn’t fully finished.  The second thing God is doing is what we see in our passages for this evening.

God is empowering people with his presence to do good.  God empowers Paul and Silas to heal the slave girl.  God empowers them to sing praises even while they’re suffering.  In the Samuel text, we see that God does good to his people even though they reject him and act foolishly.

Look at the Psalm—it’s a victory Psalm—what sort of things does God do to show his goodness?

And in John 17, we see how we’re supposed to respond.  Our proper response to God raising Jesus from the dead and seating him on his heavenly throne is to love one another and cultivate a community of unity.

So, when we think about the resurrection, the question isn’t so much “did it happen?”  But “what happened when it happened?”

And the answer is, lots of things.  God defeated his enemies, God began the process of fixing his world and freeing it from the ravages of sin and death, and God sent his presence—his life-giving Spirit—to dwell among his people, empowering them to do good.

3 thoughts on “A Midtown Homily”