Christianity Today’s recent cover story about N. T. Wright discusses both his broader contribution to the church and his most recent book, Paul and the Faithfulness of God.

One particular line in the article struck me, because it reflects a sentiment among evangelical critics of Wright that I find troubling.

Wright’s opponents ask, wisely: Did the Holy Spirit really let the Western church run entirely amok from the day Paul died until the day Wright took up his pen?

Now, Wright does indeed say things in such a way that “no one has ever seen this or said this before,” but it’s often the case that he’s truly bringing to light a neglected theme. Further, this is just good public speaking, reflecting his challenging of a dominant interpretation. 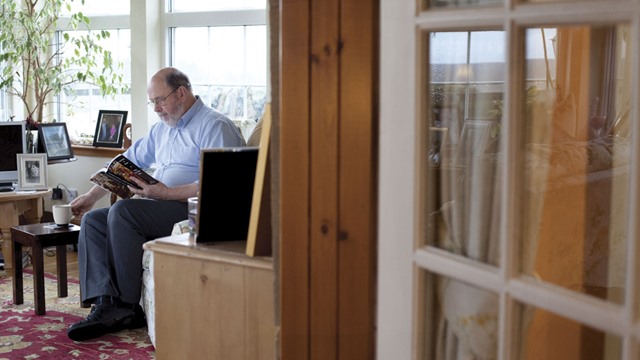 It seems to me, however, that it is inappropriate for evangelicals to register this objection to Wright’s work (or, to anyone’s, for that matter).

It is part and parcel of evangelical identity to question received wisdom, tradition, and practice. We have no creed but the Bible and we question everything on the basis of further study of Scripture.

We quote constantly Luke’s commendation of the Berean Jews who “were of more noble character than those in Thessalonica, for they received the message with great eagerness and examined the Scriptures every day to see if what Paul said was true” (Acts 17:11).

Our history reaches back to the reformers, who challenged corrupted church practice and its theological underpinnings. It includes the radical reformers, who continued to press the issue when the reformers didn’t reform enough. More recently, American evangelicals left institutions and denominations they viewed as corrupt.

Because of this history, it seems hypocritical to me for a movement that has challenged at every turn the received wisdom of the Western church to ask the question: “Did the Holy Spirit really let the Western church run entirely amok from the day Paul died until the day Wright took up his pen?”

Further, it is naïve. Many of the theological and biblical issues treated by Wright, including justification by faith, imputation, Paul and the Mosaic Law, have been abiding difficulties for scholars. And there are fundamental disagreements over these issues among traditions in the Western church.

Lutherans and Calvinists differ over the relationship of the Law and the Gospel. I first learned about eschatological aspects of justification from good Calvinists, not from N. T. Wright. And when I found out that Wright didn’t affirm imputation as “righteousness transfer,” I shrugged. I had already changed my view on this after a Reformed friend who was also a good evangelical challenged me to find it in the Bible (Hint: it isn’t there).

This is just to say that I find it incomprehensible when evangelicals render this sort of objection.