In Paul and the Faithfulness of God, N. T. Wright has a wonderful section dealing with the multifaceted “plight” in Paul’s theological outlook. For Paul, far more has gone wrong than simply humanity being sinful and in need of being set right with God. The problem of evil is multi-dimensional, including personal and cosmic aspects. This, of course, makes salvation multi-dimensional for Paul. 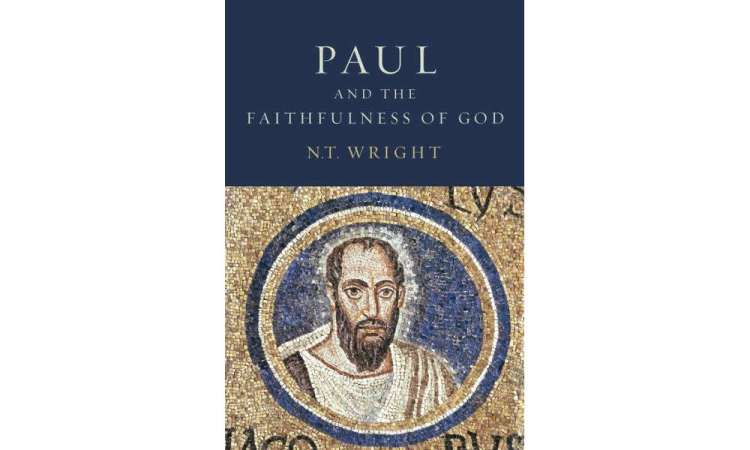 The larger section of which the below is an excerpt is well worth reading, not least because it demonstrates the emptiness of the claim that Wright and others who read Paul from a “new perspective” don’t take sin seriously.

The ideas of personal sin and salvation, and the role of Israel’s Torah in relation to those questions, remain important, indeed obviously vital, in Paul. But instead of approaching them through the framework of mediaeval and Reformational theories, we must relocate them within the much larger Jewish framework: monotheism versus idolatry, Torah-keeping versus immorality, the social, cultural and political meanings which went with those antitheses, and not least the larger global and even ‘cosmic’ perspective which was glimpsed from time to time within Israel’s scriptures and later traditions and which Paul brought more fully into the open. We must not, in other words, collude with the relatively modern break-up of ‘the problem of evil’ into ‘natural evil’ on the one hand and ‘human sin’ on the other. Nor, in particular, must we go along with the classic western assumption (still evident in the continuing mainstream tradition and in Sanders’s revisionist proposals) that ‘salvation’ will mean the rescue of humans away from the present world. Insofar as second-temple Jews reflected on such things, they saw evil of all sorts as an unhappy jumble of disasters at all these levels, and ‘salvation’ as rescue from evil (whether personal, political or cosmic) rather than as rescue from the created world. Their monotheism was expressed in the cry for justice and the plea for rescue, two of the great themes of Isaiah 40—55: in other words, for a radical change of affairs within the created world. Paul’s revised monotheism declared that justice had been done, and rescue provided, in the Messiah and by the spirit. This gave him a much sharper vision of ‘the problem’, but it did not create it from scratch.

The basic point can be put quite starkly. Paul already had ‘a problem’; all devout Jews did, as we have seen. The fact that it was not the same as the ‘problem’ of the conscience-stricken mediaeval moralist does not mean it was non-existent. It was the problem generated by creational and covenantal monotheism: why is the world in such a mess, and why is Israel still unredeemed? The revelation of Jesus as the crucified and risen Messiah meant, for Paul, that the covenant God had offered the solution to these problems – but, in offering the solution, Israel’s God had redefined the problems, had revealed that they had all along been far worse than anyone had imagined (p. 749).