I’ve had a couple conversations lately about self-deception. In exegesis class we discussed 1 John 1:8 in which John describes certain people whose lives betray their profession. “They deceive themselves and the truth is not in them.”

In an altogether different context, I’ve spoken with friends recently about sports figures who do not – cannot? – assess themselves rightly. The most recent obvious example is Kobe Bryant. His knowledge of the game and his competitive drive, along with his ego, are undeniable. But his body is breaking down and he doesn’t seem to be able to acknowledge that a 36 year old cannot do what 25 year old can.

It isn’t easy to watch aging sports figures who have difficulty evaluating themselves rightly as they age and who don’t know when to hang ‘em up. They have accumulated years of wisdom and their memories are fresh of precise performance at the highest level. They look at younger competitors and are convinced that they can not only keep up, but outperform them. It can be devastating when competitive realities indicate otherwise.

With these things in mind, several lines from U2’s new album have struck me as pointing to a healthy self-awareness, a mature self-knowledge. 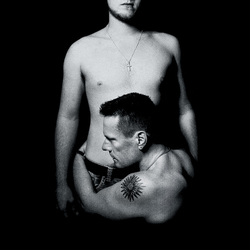 On “Volcano,” perhaps referring to their own history as musicians and “rock stars,” Bono sings:

The world is spinning fast tonight
You can hurt yourself tryin’ to hold on
To what you used to be
I’m so glad the past is all gone?

On “Cedarwood Road,” Bono sings about a childhood friend and about his experiences growing up in turbulent times. He refers to the need to have enemies, but that the worst are ones that are hidden. A friend can help identify them, and indeed it does take a friend, since they’re usually self-generated or otherwise internal, hidden from oneself.

It was a warzone in my teens
I’m still standing on that street
Still need an enemy
The worst ones I can’t see
You can . . . you can

And finally, in “The Troubles,” they note the folly of being self-assured that one knows one’s own ways.

Self-knowledge doesn’t come easily, and one doesn’t get it without humility and without genuine friends whose love makes them honest.

One thought on “On Self-Deception”